I am not someone that takes criticism very well. I don’t like being criticized. I don’t like being told I’ve done something wrong. Recently, Justin (I’m happy to have guys ear-dropping in on our show) came and pointed out a mistake in one video. He got the point of what I was trying to say. But where I spoke wrongly, he understood me speaking wrongly. He was charitable in his correction, and he assumed the best in me. Thank you for your correction! ——————————————————

Learn more about Among The Lilies: https://www.cameronfradd.com/ 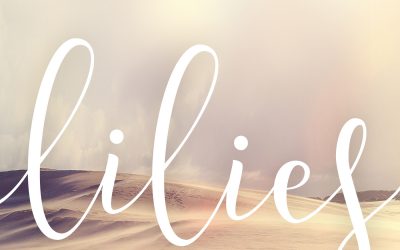 Navigating Our Good Days and Bad Days w/ my friend Caroline (and her new baby!)

Both Caroline and I suffer from various allergies and health problems, and we discuss how we navigate those bad days...

Brittany and I have a lot in common - our husbands are both Catholic podcasters named Matt! We discuss what it takes...

If you are SUFFERING, you NEED this!

What do you need to fight? Autoimmune issues, chronic issues, mental health issues, cancer... all the things?! -----...